The liver is the body second largest organ after skin. It is responsible for many important functions in the body that ranges from the metabolism of fats, carbohydrates, and proteins to production of clotting factors and detoxification of the toxins, free radicals, and drugs. Any disturbance in the function of the liver can cause liver disease and loss of these functions can cause significant damage to the body.

The circulation of blood works differently in the liver. For example, all the veins in the body transport blood from the peripheral organs to the heart, however, portal vein supplies blood from the heart to the liver for processing and filtering before entering into the general circulation. The same blood supply also delivers chemicals and enzymes that are required by the liver cells to produce protein, glycogen, and cholesterol for optimal body activities.

Liver disease is a  broader term that involves conditions of the liver and its associated organs. The diseases and conditions that affect the liver can damage its structure or function of regulating metabolism, producing macronutrients and detoxification of drugs and chemicals. Many factors that can affect the liver include excessive use of medicines like paracetamol, alcohol abuse,  infections such as hepatitis B and C, non-alcoholic fatty liver disease, iron overload, and tumors. Interestingly, the liver is the organ with strong regenerative properties, that’s why most of the signs and symptoms of any liver disease appear when 75% or three-quarters of the liver become diseased or injured. Following are some common signs and symptoms that indicate that your liver is suffering from a disease or illness.

It is characterized by yellowing of eyes and skin. Jaundice is not a disease, but a common symptom of several conditions that can be hepatic as well as non-hepatic. When the underlying cause is liver,  there is either too much production or accumulation of bilirubin in your body. Bilirubin is a green-yellow pigment that is produced as a result of the breakdown of red blood cells in the liver. In normal circumstances, it is the way by which your body gets rid of old and worn out red blood cells.

Jaundice develops when your liver is not metabolizing bilirubin the way it is supposed to do. Sometimes there is an obstruction of bilirubin flow into the intestine, from where it is normally excreted from the body through the stools. In such cases, there is too much accumulation of bilirubin in the liver that slowly diffuses into the blood circulation and thus results in yellowing of the skin

Paleness of the skin and yellow-tinted eyes typically characterize jaundice. In some severe liver diseases, the whites of your eyes may also turn yellow or brown. Another characteristic of jaundice is the dark urine or pale stools. If an underlying condition is infectious such as viral hepatitis, you may also experience other associated symptoms like nausea, vomiting, and excessive fatigue.  Jaundice in adults can be due to one of the following hepatic conditions.

A majority of people may misdiagnose themselves when they experience jaundice.  When jaundice develops, both of your eyes and skin will turn yellow. If there is only one symptom, i.e., either yellowing of the skin or one eye, it could be due to several other reasons such as too much beta carotene in your body. It is pigment commonly found in foods such as sweet potatoes, pumpkins, and carrots. An excess of this pigment can also result in yellowing of the skin, however, it does not cause jaundice. 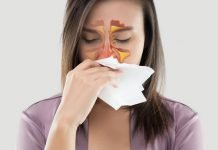 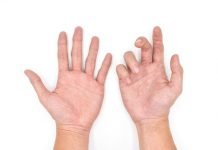 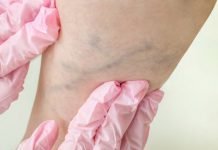 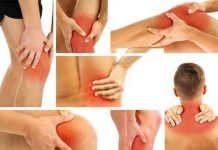 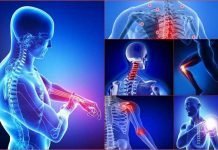 20 Early Symptoms of Fibromyalgia You Should Never Ignore