Once upon a time, gout or gouty arthritis was known as the “disease of kings.” It was considered to be more prevalent among overweight, wealthy men who could afford to over-indulge in alcohol and fatty foods. While obesity and diet remain important risk factors for gout, your bank account or social class is no longer connected to the risk of developing this joint condition. The incidence of gout increases and become more than doubled between the 1970s and 2000s. Today, approximately four percent of U.S. adults are suffering from this.

Gout is a form of the joint condition that causes severe, sudden attacks of inflammation. It happens when there is too much accumulation of a chemical called uric acid in your blood. This causes urate crystals to build up in your joints and other body organs, leading to the telltale gout pain. Your body makes uric acid from the breakdown of purines, a natural substance found in your body as well as in some foods. While the diet itself is not associated with causing gout, certain drinks and foods may trigger its flares. People who develop gout usually have some genetic predisposition coupled with other risk factors such as obesity, diabetes, or kidney disease that cause uric acid to accumulate in the body. 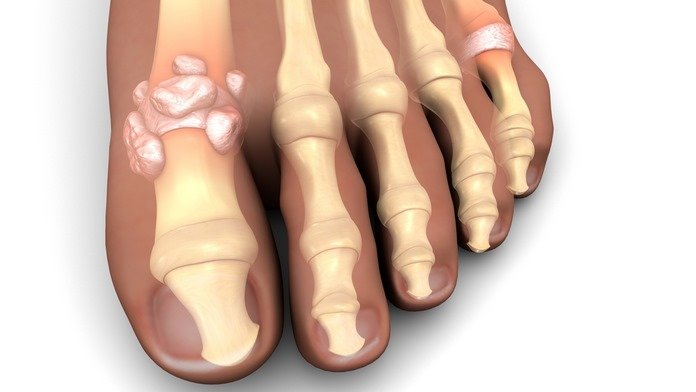 Although gout is more prevalent in men, women can get it too – and its incidence in them goes up sharply after menopause due to hormonal imbalance. In short, anyone can develop gout, provided his or her body doesn’t properly break down uric acid in the blood, so it has a chance to accumulate in the joints.