There’s a big difference between having stones in your kidneys and your gallbladder. They are not built the same way, they won’t be solved in the same way, and they don’t give the same symptoms. Different from kidney stones, gallstones cannot be eliminated by pulverising them and waiting for the organism to clear them out. Doing that would be even dangerous because it would promote their movement through the bile duct, which often leads to a blockade and may turn into a life-threatening event when it starts affecting both the liver and the pancreas. 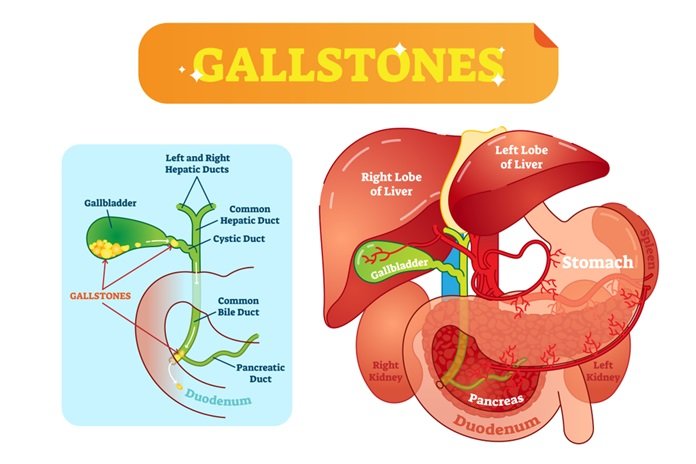 However, gallstones and kidney stones have a few common traits, and one of them is that most patients may not even realise they have them until they start giving out pain symptoms. In the meantime, gallstones may give you mild symptoms such as abdominal discomfort, but we should highlight the difference between recurrent symptoms that result from the presence of gallstones in the gallbladder and emergency symptoms resulting from a blockade in the bile duct by a stuck gallstone.

In this article, most of the symptoms we will cover are urgent symptoms that usually lead patients to the emergency room, but we will also include a few traits that will help you detect gallstones before reaching to that scenario.