Chemotherapy is a form of medical treatment for a number of medical conditions like lupus, rheumatoid arthritis, and most specifically cancer. Chemotherapy treatment involves the use of certain medications which help in destroying cancer cells and stopping the further multiplication of tumor cells in body. As cancer cells typically grow and multiply at a much faster pace than normal cells of the body, the use of chemotherapy is more effective to kill these cancer cells. Chemotherapy usually functions by stopping the cancer cells from multiplying, growing, and dividing. The chemotherapy drugs are quite powerful and they can also cause damage to the surrounding healthy cells in a patient’s body.

Slowing or delaying the growth of cancer cells with chemotherapy might also help in the management of symptoms resulting due to cancer. The type of therapy which slows down cancer growth is sometimes known as palliative chemotherapy. There are several drugs available to kill and destroy cancer cells. A doctor with a specialization in treating cancer with drugs is known as a medical oncologist. The medical oncologist prescribes a cancer patient with chemotherapy drugs by looking into how far the cancer is spreading in a certain patient. A patient might receive a combination of medications because this sometimes works more effectively than the use of only one drug.

Side effects of several chemotherapy drugs are too invasive to give treatment every single day. Doctors typically give chemotherapy drugs with intervals so a patient has some time to recover and rest before initiating the next treatment dose. Giving dose in intervals let the healthy cells to heal. Several cycles of drug treatments make up one course of chemotherapy and one course usually lasts for three months or more. Although some cancers might treat well with less recovery intervals in between cycles and this phenomenon is known as dose-dense schedule. Does-dense schedule makes chemotherapy more effective against certain cancers. However, it also increases the possibility of getting side effects. It is better to consult your health care team about choosing a chemotherapy schedule for you. [1]

1How Does Chemotherapy Work?

How does chemotherapy work?

Chemotherapy is less likely to destroy the cells which are at rest like the most normal cells surrounding the cancerous cells. A patient might have a combination of several chemotherapy drugs to ensure the damage to cancer cells. The combination might include drugs that destroy cancer cells at various stages during the process of cell division. Therefore, chemotherapy promises more chances of destroying cancer cells in comparison to the other cancer treatments like radiation therapy or surgery.

Chemotherapy drugs circulate throughout the body by entering into the bloodstream. By circulating in bloodstream chemotherapy drugs can destroy cancer cells at almost anywhere in the body and this is known as systemic cancer treatment. Chemotherapy is a treatment that treats cancer cells by first splitting the cancer cell into two cells and then killing them both. The tissues in body consist of billions of single cells. Once, a person grows up fully, majority of the body cells do not multiply and divide a lot. Body cells only divide if there is a need of repairing some damage. When individual cells divide, they break down into two identical cells thus there is an increase in the number of cells from the split up of a single cell. 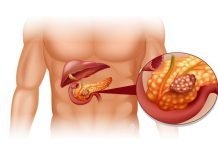