Melanomas are one of the most common body cancers that can develop anywhere on your skin. They most often appear on the skin areas that have had direct exposure to the sun for an extended period, such as your forearms, face, neck, and legs. However, contrary to common areas, melanomas can also develop in areas that don’t receive direct sun exposure, such as the fingernail beds, soles of your feet, and palms of your hands. The risk of skin cancer is growing in people under 40, especially teenagers and women. 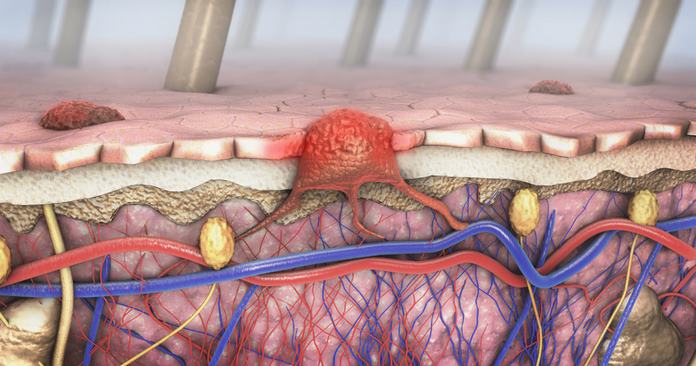 Knowing the common signs of skin cancer can not only help ensure that cancerous changes are detected earlier but also help in getting a definitive treated before cancer has spread. Of note, most melanomas can be successfully treated if they are detected early. Usually, the initial sign of melanoma is the development of a new mole in sun-exposed areas or a change in the appearance of an already existing mole. When compared to melanoma moles, normal moles are generally oval or round, no bigger than 6mm (1/4 inch) in diameter and with a smooth edge.