Spinal muscular atrophy (SMA) is the combination of inherited disorders in which specific nerve cells, i.e., motor neurons present in the spinal cord, are missing. Motor neurons of anterior horn cells are essential for creating movements in the muscles as they receive nerve impulses from the brain. Then, through peripheral nerves, they transmit signals towards the effector organs (muscles) to create a response. In SMA, there is progressive and gradual muscle wasting, medically known as atrophy. Muscle weakness also occurs due to the loss of motor neurons due to some fault in the genes. Recent researches depict that the prognostic factors for the life expectancy of people suffering from spinal muscular atrophy include the age of onset and the severity of the symptoms. 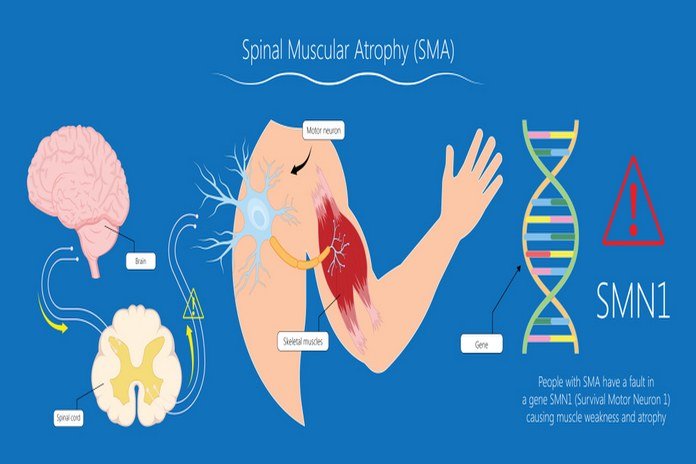 Moreover, the muscle neurons’ loss usually occurs in the body’s proximal muscles, mostly in body parts such as the back, hips, and shoulders. As the proximal muscles are involved in the body’s voluntary movements like head control, walking, crawling, and sitting, their progressive weakness results in disabilities for the kids and adults. The leading cause of spinal muscular atrophy development is the mutation in the genes, which results in the inheritance of this deadly disorder to the next generations. This neuromuscular disorder’s mortality and morbidity inversely correlate with the degree of damage appearing to the respiratory muscles.

Most of the cases of spinal muscular atrophy develop in babies and newborns. Overall, almost 68% of the children die because of spinal muscular atrophy before reaching the age of one year, and almost 80% die before reaching their fourth birthday. The survival of infants is becoming more and more possible because of innovative equipment and technology. The improvements in nutritional and respiratory care assure the expanded life expectancy of the children.