Since the dawn of civilization, a large number of people have been brewing and fermenting alcoholic beverages. Alcoholic drinks consumed in small quantities are calming and also proven to have beneficial effects on cardiovascular health in some situations. It becomes toxic when consumed in excess and is considered a drug.

A .08 percentage of alcohol in the bloodstream is considered as evidence of intoxication by many law enforcement agencies. More copious amounts of alcohol in the blood can impair brain function and ultimately cause unconsciousness. It is estimated that in the U.S., alcohol abuse or chronic alcoholics ranges between 18 million — or one in 12 adults. Almost 100,000 Americans die every year from alcohol abuse, and alcohol is a factor in more than half of homicides, suicides, and traffic accidents in the country. Alcohol abuse also plays a role in many social and domestic issues, ranging from work absence and property crimes to harassment of spouses and children.

Alcohol use disorder, or simply known as alcoholism, is a potentially fatal disease characterized by tolerance (need more), cravings, loss of control over alcohol consumption, and physical dependence. Observers may or may not be aware of alcohol intoxication. Chronic alcoholism can lead to physical problems even in highly functional alcoholics. The liver is most often impaired, which can lead to cirrhosis (scarred liver) over time. Other health risks include chronic gastritis that leads to bleeding of the stomach, depression, pancreatitis, numbness and tingling of your feet, high blood pressure, heart failure, and brain changes. Alcohol intoxication can also increase your risk of getting microbial infections, including tuberculosis and pneumonia. 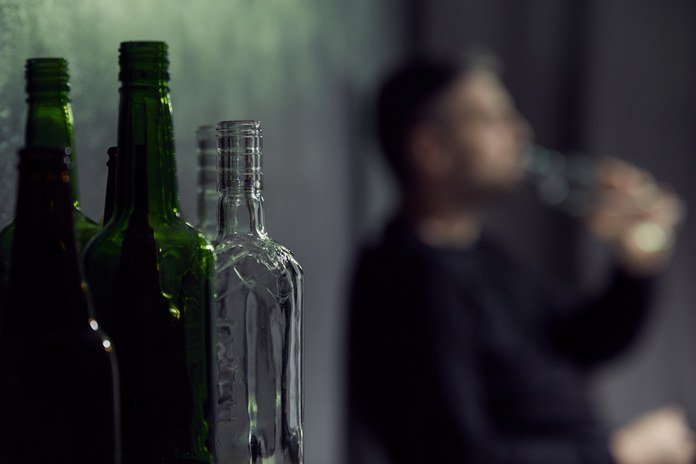 Historically, the behavior of alcoholics has been blamed on a flaw in character or will weakness; now, experts consider alcoholism, and more generally addiction, a medical disease. Binge drinking is more acceptable in young people, while teenagers tend to drink with friends. Older people usually drink alone and have co-morbidities or take medicines that increase health complications. Both situations can make it difficult for a problem drinker to be identified. A continuous desire for alcohol by the alcoholic makes abstinence – a major treatment goal – extremely difficult. The condition can also be complicated by denial, i.e., chronic alcoholics are usually reluctant to admit binge drinking because of guilt.