To understand what is lies beyond this condition, we should start by understanding the meaning of these words. Rheumatoid comes from rheumatic which is a Latin word that means slow, but the word rheum alone means to flow. Arthritis, on the other hand, is a combination of two words arthron which means joint in Greek and itis which is a Latin suffix meaning disease or inflammation. So, in the large-spectrum, rheumatoid arthritis means inflammation of the joint that is characterized by difficulty of movements. There are different types of arthritis up to 100 types, but the most common are rheumatoid arthritis, osteoarthritis, and septic arthritis. 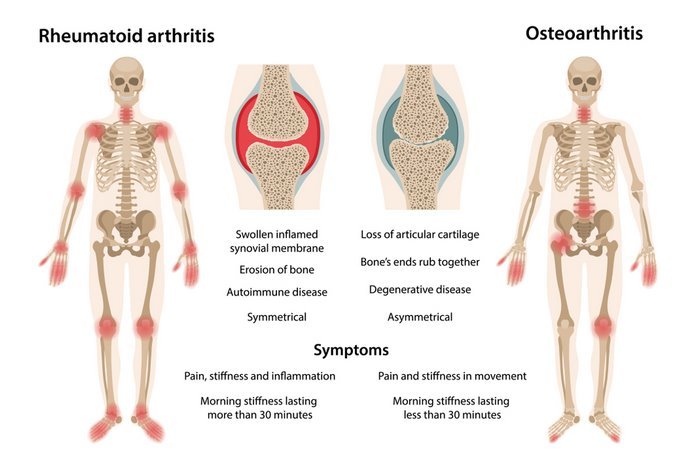 Rheumatoid arthritis is the most common type of arthritis and it is an autoimmune disease that affects that 1% of the whole earth population, which is equivalent to over 75 million people, which are suffering from this disease. It is chronic, which means long-lasting disease with intermittent periods of remission and exacerbation. It is mistakenly known that this disease only affects the joints of the small hands and fingers, but that is false because it can affect other joints and organs as well, including the heart and soft tissues. That is why it is important to understand rheumatoid arthritis, its symptoms, causes, how to recognize it and treat it before the disease reaches its irreversible stages.