Myelodysplastic Syndrome (MDS) is also known as myelodysplasia and bone marrow failure disorder. In this disease, a change or mutation in the genes that produce blood cells causes them to produce abnormally. Bone marrow is the site of production of all blood cells, due to genetic change, the newly form stem cells do not grow into mature and functional blood cells.

MDS can develop at any age, but older adults between the age of 60 to 80 years are more prone to the disease than younger individuals. Patients of MDS do not feel any symptoms at the initial stages. Later symptoms include recurrent infections, fever, easy bleeding by even by minor cuts, fatigue, paleness of skin, shortness of breath, and bruising. Patients who have undergone chemotherapy or radiation therapy have more risk of developing this disease. Other risk factors include exposure to radiation, tobacco smoking, family history of MDS, genetic disorders, sex, and older age. There are many types of myelodysplastic Syndrome, having varying degrees of severity and extent of abnormal production of blood cells. Physical examination, complete blood count, bone marrow aspiration, and biopsy are the diagnostic methods of MDS. Chemotherapy, stem cell transplant, along with supportive care, are the standard treatments to treat MDS.

What Is Myelodysplastic Syndrome? 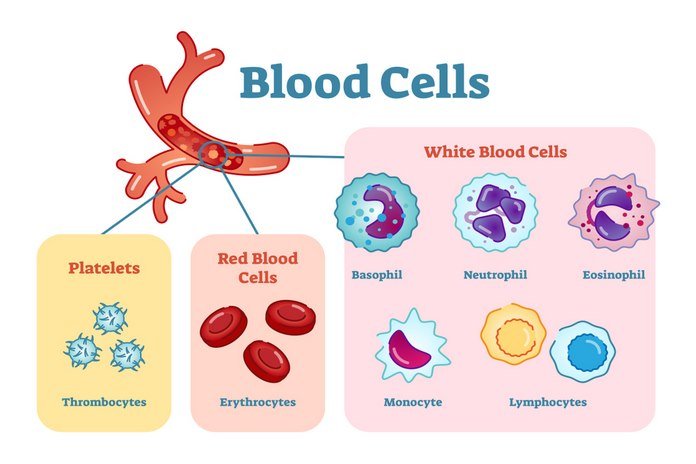 Red blood cells: RBCs transport oxygen throughout the body. In MDS, the body lacks enough red blood cells, having too low RBCs is known as anemia. The symptoms of anemia include pale skin color, fatigue, tiredness, and shortness of breath.

White blood cells: They are also known as leukocytes produced in the bone marrow by stem cells. They protect the body from infections. Different types of WBCs include granulocytes, monocytes, and lymphocytes. In MDS person lack sufficient amount of WBCs that leads to frequent infections.

Platelets: Platelets play a crucial role in blood clotting produced in the bone marrow by megakaryocyte. In MDS, the platelets do not present in sufficient amount, and a shortage of platelets cause easy bleeding and bruising.