Dupuytren’s contracture or Dupuytren’s disease is a medical condition in which there is the development of deformity, particularly of the hand, which happens over some time. Usually, the condition of Dupuytren’s contracture affects the layer of tissue present beneath the skin of our palm. There is the formation of knots of tissues beneath the skin, which eventually creates a thick cord. The thick cord resulting from the tissue knots pulls one or more fingers and bends the position of the fingers, and the person is not able to straighten the hand properly. The strands of muscle fibres, including the cords which run from the palm up to the fingers known as fascia, and the Dupuytren’s contractures cause abnormal tightening and thickening of this fascia. 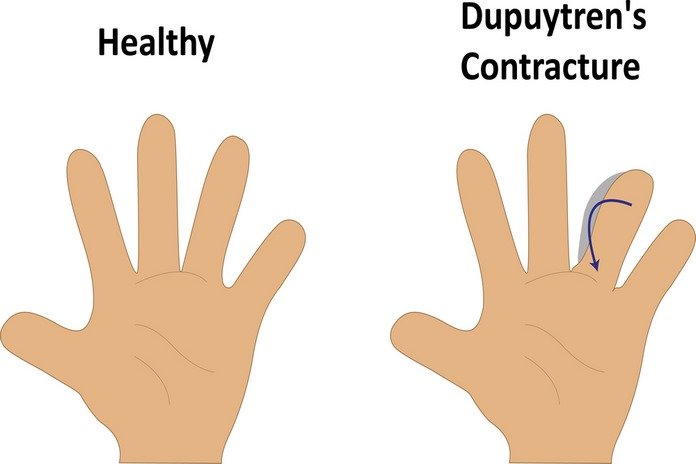