Deep Vein Thrombosis (DVT) is the formation of thrombus inside the deep body veins and leads to vein blockage. The thrombus is a blood clot or solid mass of blood, formed anywhere in the body veins due to certain factors.

DVT is a serious medical condition causing morbidity and mortality worldwide. In DVT, the blood clot usually blocks veins located in the lower legs, but not specific to this region only. It can also affect other body parts such as pelvis, neck, arms, and shoulder along with legs and thighs.

Deep vein thrombosis (DVT) and pulmonary embolism (PE) share common etiology and outcomes and considered as interconnected diseases. The annual incidence of DVT reported is 80 per 1 lac thromboembolism cases. Whereas the lower leg DVT annual prevalence rate is 1 per 1000 population. While a report stated that more than 2 lac people in the United States develop Venous thrombosis annually, and among this huge figure the 50,000 cases lead to the complications of Pulmonary embolism. 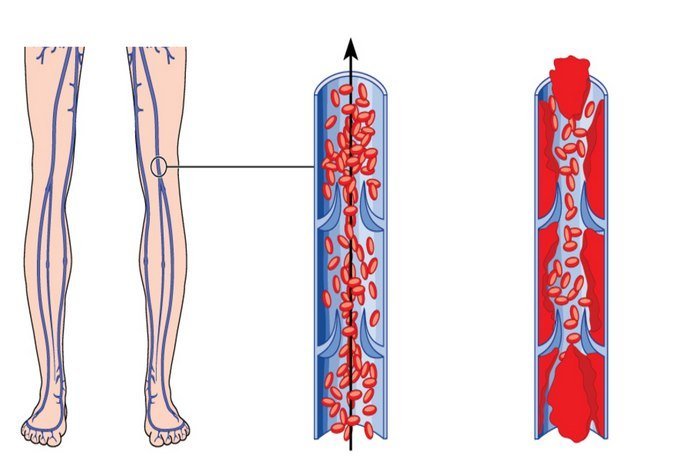 The prevalence rate is high in men compared to women. DVT is a life-threatening disease, if not managed on time. Before discussing the causes and complications of DVT, we will discuss how the blood clot formed, which blocks the vein.