Gingivitis means inflammation or swelling of the gums or gum line. It commonly develops because of a film of plaque, or accumulation of bacteria or other pathogens viruses and fungi on the teeth. In some severe cases, it can be as a result of both.

Gingivitis is a type of periodontal disease that is non-destructive, but untreated or lately diagnosed gingivitis can progress to periodontitis (inflammation of the mouth and other structures). Periodontitis is one of the most severe complications of the gingival inflammation that can eventually lead to loss of teeth. 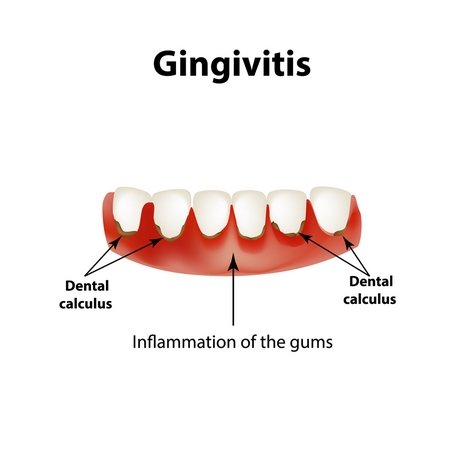 In a majority of cases, gingivitis often resolves with good oral hygiene practices, such as more frequent and more prolonged brushing and flossing. Also, an antiseptic mouthwash may help. In mild cases, patients may not be aware of having it because of its mild signs and symptoms. However, this oral condition should be taken seriously and treated immediately to prevent getting periodontitis or other complications.