The lungs are the spongy organs positioned on both sides of the chest. Three lobes are present on the right lungs, whereas two lobes are present on the left. Bronchioles are the branches divided into many sac-like structures known as alveoli. During the inhalation process of respiration, air enters the lungs through the trachea to the lower lungs (bronchioles), where oxygen is released and supplied to the blood. When you exhale, the byproduct of cells, i.e., carbon dioxide, is removed from the body. 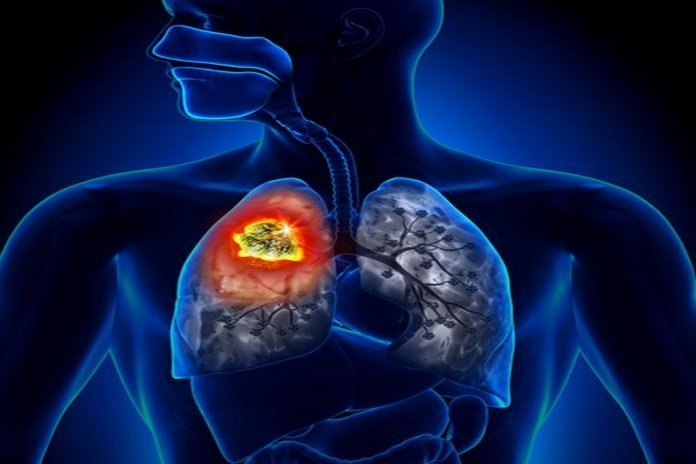 Lung cancer is a condition of the uncontrollable division of cells in the lungs. Due to this, tumors are developed that interfere with the vital process of respiration. In the USA, lung cancer and its types are the most prevalent type of cancer that counts for almost 25% of deaths caused by cancer. American Cancer Society predicted 228,820 lung cancer cases in 2020. Smokers are at higher risk of this disease.

Lung cancer is categorized into two types – non-small cell lung cancer (NSCLC) and small-cell lung cancer (SCLC). Treatment options can include immunotherapy, targeted therapy, chemotherapy, surgery and radiation therapy depending upon the type and stage of cancer. In this article, you will learn about the symptoms, causes, types, diagnosis and treatment of lung cancer.

Pneumonia is a lung infection in which there is an accumulation of fluid in the lungs, and the patient suffers from breathing difficulties. The tumor growth in the lung tissues increases the chances of developing pneumonia and weakens the patient’s immune system suffering from lung cancer. There is an accumulation of fluid in the cavity between the walls of the lungs and the chest, which leads to the breathing difficulties in the patients. The doctors suggest that there is frequent pneumonia in the patients with  lung cancer as the state of the lungs is at stake due to the overgrowth of the cells in the tissues of the lungs.