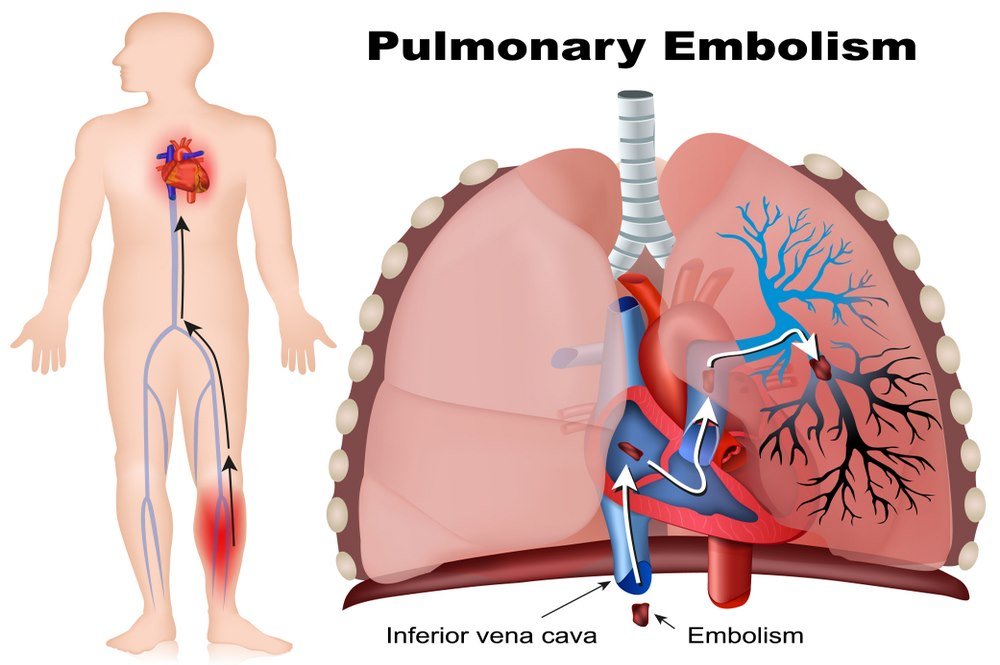 The formation of large blood clots can rapidly cause severe life-threatening issues and even death in patients with severe form of pulmonary embolism. A majority of the patients with pulmonary embolism recover entirely within several months to weeks without noticeable complications or any long-term side effects. However, there is a chance that long-term problems can occur which leads to a wide range of mild to severe symptoms. According to the doctors, the blood clots might also travel from a deep vein in the legs to the lungs, which is another conditions known as deep vein thrombosis (DVT). Deep vein thrombosis possibly arise due to longer resting of legs like during a long drive or flight and might also happen in case of patients who are on bed rest for longer duration. [2]